Posted by João Gonçalves about 10 years ago

for hundreds of years grandparents, parents and children would live together and there was no separation between work and play time!

For hundreds of years grandparents, parents and children would live together and there was no separation between work and play time!

In a regenerative system each (group or individual) activity is multifunctional and each element participating has many functions.

This photos are from last summer - August 2012 - family gathering in the field for potatoe picking, that lasted for about 2 hours.

All this children (grandsons and cousins) were in the village for summer holidays in the grandparents home. For the rest of the year they live in the city.

Potatoe plant stems and leaves (some already whithered) had been cut a few days before and used to feed the goats. After being cut they wither for 1 or 2 days and only then are given to the goats or sheep. 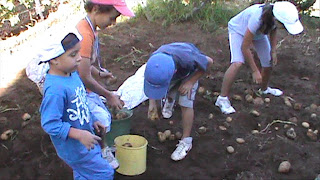 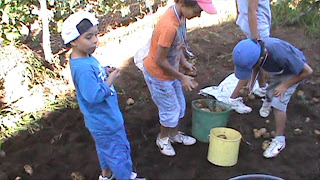 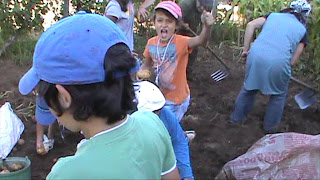 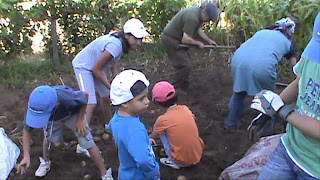 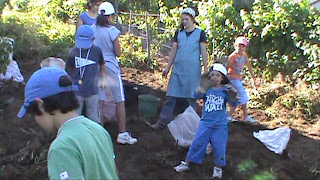 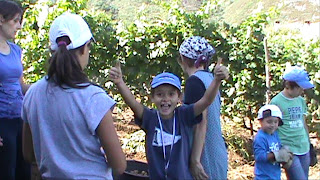 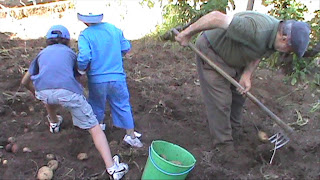 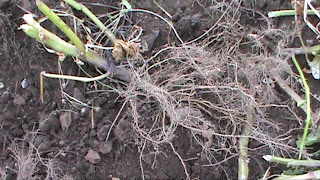 Picture of potatoe plant roots. Potatoes were planted in April, the soil around them was raked to kill weeds and break soil water capillary evaporation and were mulched only before the first flood irrigation, and then continued irrigated in June, July and August, until one week or so before harvest.

After this the soil was prepared to plant palm cabbage seedlings. Compost was not added at this start stage for the cabbage.

After, seedlings were planted in the trench and flood irrigated until the return of the rainy season (1 to 2 months after).