If you've ever wanted to know what the mountain range would look like if a volcanic eruption occurred, then wonder no more! Plus all of the usual, flower, shed and rock stuff. Enjoy!

If you ever wanted to know what a volcanic eruption would look like here, you needn’t worry anymore. This week the state government undertook a forest fuel reduction burn-off up in the mountain range itself. The photo below tells the story better than I can: 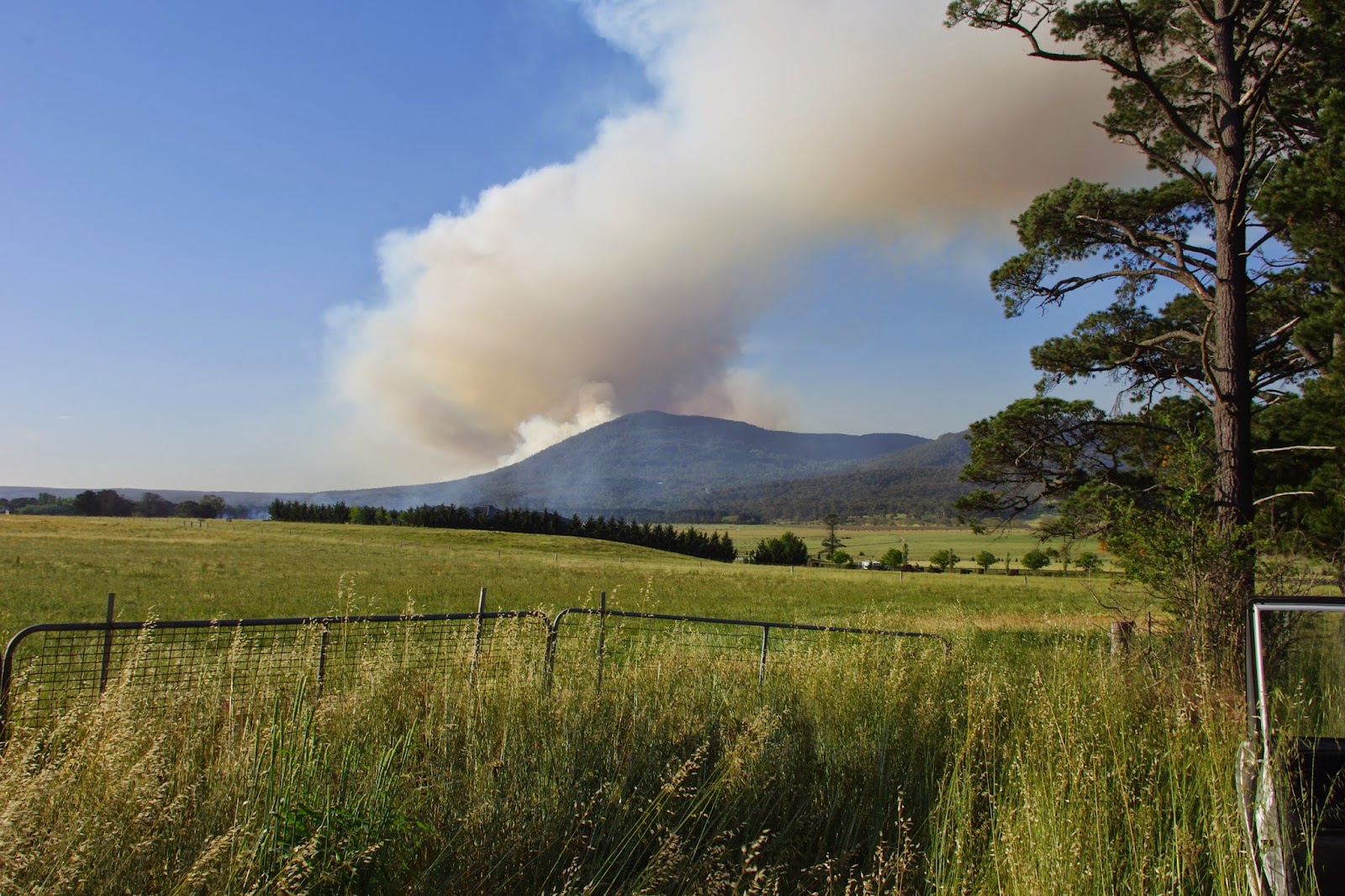 As a bit of background history about the mountain range: way back in 1983 on 16th February, the Ash Wednesday bushfires burnt through this mountain range. On that one day alone over 1 million acres of land were burnt in every imaginable environment outside of urban areas which includes forests, coastline and also grasslands. The heat generated by the fires at some locations was estimated to have exceeded 2,000’C (3,632’F) degrees which exceeded that recorded during the Allied bombing of Dresden in World War II. In fact, the heat and energy per metre produced by the Ash Wednesday fires was estimated to be similar to that of the atomic bomb dropped on Hiroshima.

Anyway, the fires on that day back in February 1983 worked their way up into the mountain range by way of the regular NW prevailing winds through that very patch of forest that was burnt off this week. Some people say that lightning doesn’t strike in the same place twice, whilst I reckon they’re talking total rubbish as common sense says that it does.

History has provided a salient lesson and I needed no further incentive to do the best that I can at the farm here to prepare for the eventuality of a bushfire at some stage in the future.

I have a list of projects that would be ideal to complete before the bushfire season is upon me and I’m slowly working through the list. Seeing the burn-off this week has however provided a sense of urgency that I hadn’t quite felt before.

The photo below puts the new shed into context as it shows the new shed under construction relative to the existing cantina shed.

For the rest of the entry + photos click on: http://ferngladefarm.blogspot.com.au/