Scritchy the boss dog has misadventures due to heat stroke when it hit 38'C degrees in the shade. The new shed is progressing nicely too.

The boss dog here is nicknamed, “Scritchy” and she is so nicknamed because without warning she will jump up and scratch your legs out of sheer exuberance for life. Scritchy is a white short haired miniature Fox Terrier. Like all boss dogs though, Scritchy has her good and bad habits. One bad habit is that she like to sunbake and the hotter it gets, the more she likes it.

Yesterday, I think it would be fair to say that it was fairly warm here. At 7.24pm I took the following photo of the weather station which displays the inside and outside air temperatures. For those that don’t use metric, inside the house it was 25.9’C degrees Celsius (78.7’F), whilst outside, the air temperature – in the shade – was 38.3’C degrees (100.9’F). Have I mentioned before just how much I love having the weather station here? Very observant readers will note the 0.3mm (0.01 inch) of rainfall recorded which was from testing the bushfire sprinklers that afternoon – which incidentally also has the added benefit of cooling down the sprinkler operator!

Back to Scritchy the boss dog. Scritchy had been sunbaking, whilst I was installing galvanised steel cladding on the new shed (more on this later). Being boss dog here is a good job if you can get it.
At one point in the early afternoon, she finally moved out of the direct sun and I took this photo of her partner in crime of Toothy, the black long haired Daschaund looking outside through a glass door at Scritchy and asking the hard question:

By 2pm, I’d called it quits as the sun was intense and I had no desire to suffer from the effects of heat exhaustion. During summer, I get up at sunrise to get things done around the farm. Waking up at sunrise is not my natural inclination and so by 4pm, I was quietly having a siesta which some people these days unceremoniously refer to as a disco nap. 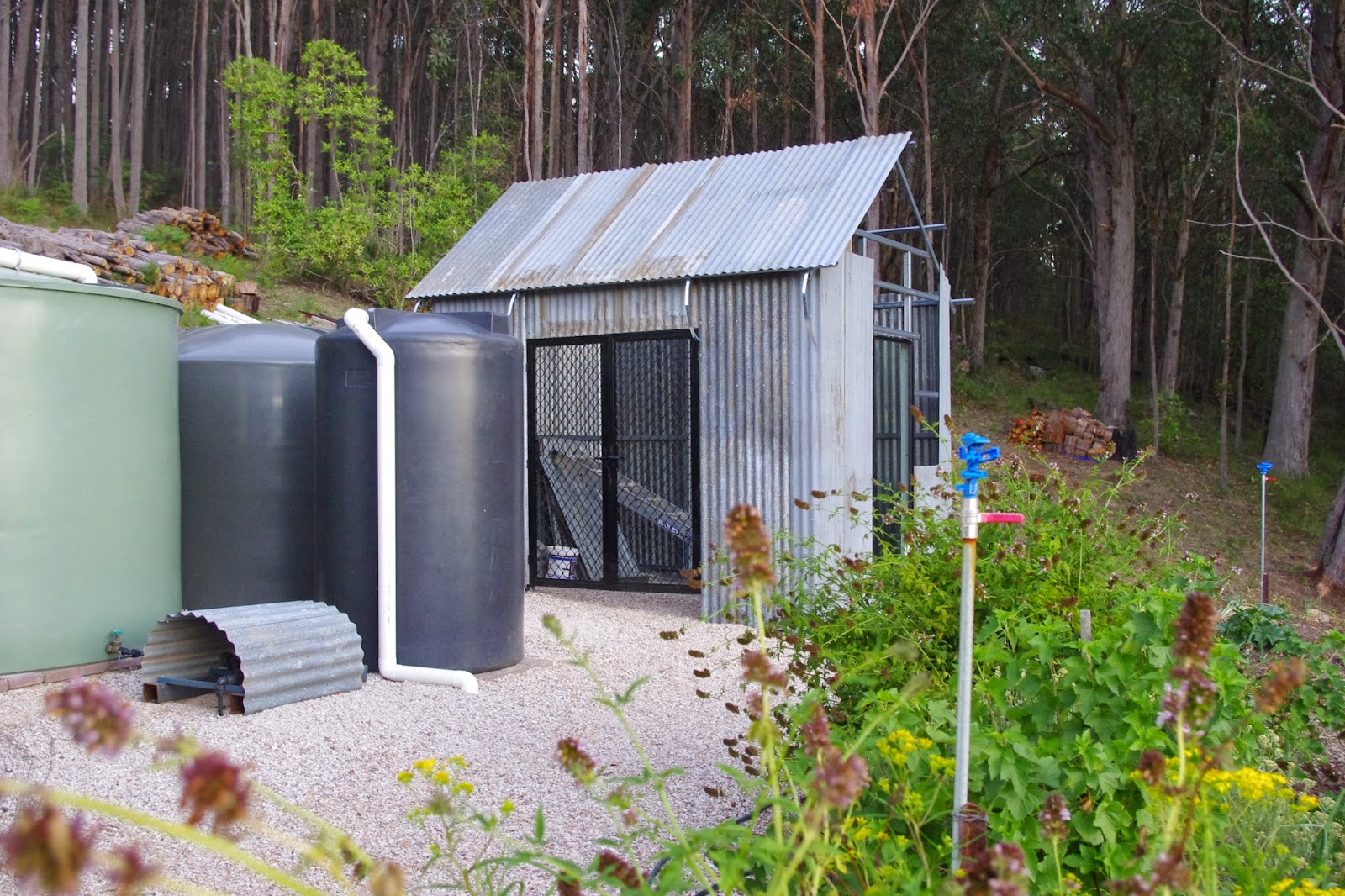