A hive of activity

Scritchy the boss dog gets into further misdaventures. There is a whole lot of heavy rainfall. Preserving the summer harvest goes up a notch.

Scritchy, the miniature fox terrier who is notable for her recent misadventures at the farm, has been in even more trouble this week. She rules her dog pack with a white short haired iron paw, claiming all the best food and nesting spots and generally directing the other dogs to do her bidding. Ordinarily, this would be an advantage in the canine world. Not so, this time around. 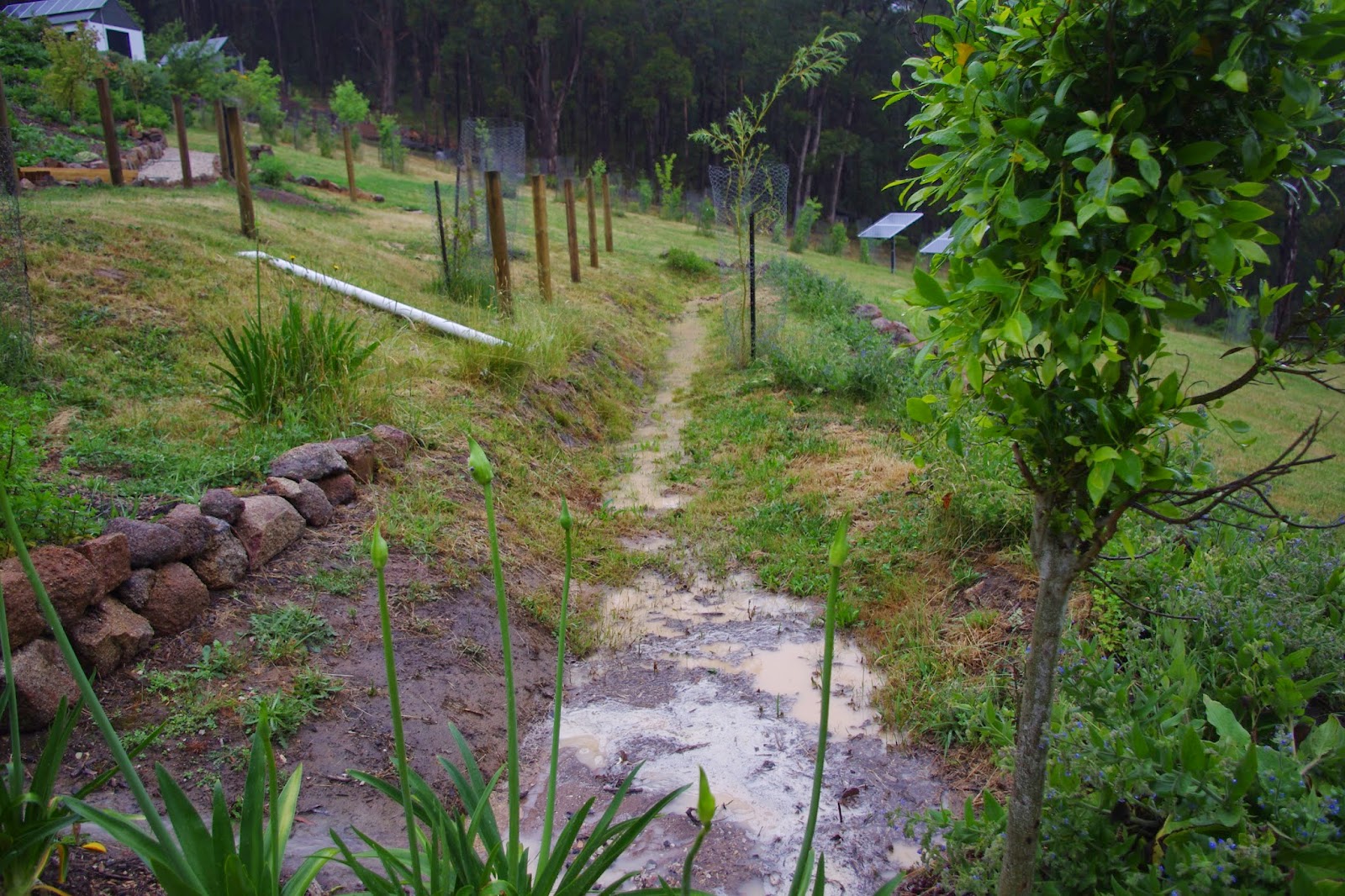 I’m truly unsure what happened to Scritchy, but last Thursday I picked up a new bee colony. Bees can be easily annoyed at the best of times and relocating a hive is a really good way to annoy them. I set the bee colony up and left them to their own devices to settle into their new home.
Scritchy however, had other plans. Curiosity probably got the better of her and without first sending one of her minions, she obviously decided to check out the new bee colony herself. I wonder whether she thought that she would make new friends with the bees. Anyway, the bees expressed their displeasure at being relocated to a new home by stinging Scritchy on the face.
Last year at this time, I too was stung by a bee on the side of my face, so I had sympathy for Scritchy. After being stung, she brought herself to my attention and looked very woe begotten. Her face looked like a Pufferfish:

Observant readers will spot the skin on the inside of her ear which is very red and inflamed. She was one very itchy dog and clearly distressed, so I slipped her a quarter of an anti-histamine tablet and she promptly fell asleep for a few hours whilst the swelling subsided.

The following day (Friday) was quite warm. The bees were settling in, sending scouting and harvesting parties out and about and I installed the rest of the galvanised iron roof sheets on the new shed. By early evening, just as I was high off the ground and installing the steel ridge capping (which is simply a fancy name for the bit of steel sheet that stops water from getting into the shed roof at the very highest point of the roof), a few intermittent splatters of rain began to fall from the sky and land on both myself and the roof of the shed. The rain was not very heavy though and I was able to finish off the roofing on the new shed without falling off it!

Later that night as Scritchy and I were walking about the property, I spotted several frogs on the wall of the house eating insects that were attracted to the garden lights.

For the rest of the blog click on: http://www.ferngladefarm.blogspot.com.au/