Patience is defined as the capacity to accept or tolerate delay, problems, or suffering without becoming annoyed or anxious. It is a useful character trait and on the off chance that I fail miserably at displaying any of those qualities, the wombats here show me just how it should be done in true style.
Now your average wombat is a sensible creature. In fact if any fictional character portrays the characteristics of a wombat it would be one of Tolkien’s fictional Hobbits. Not only do wombats live underground in extensive burrows which become expanded and enlarged with successive wombat generations, but they also dislike adventures. It is only the very poor or sickly wombat that would get caught out in the rain and end up with dirty paws. Heaven forbid!
Last week, a massive tropical low pressure system dumped just shy of 80mm (3 inches) of rainfall at the farm. Every single drop of rain was gratefully received and stored in water tanks or in the groundwater table. Much further north of here: http://www.weatherzone.com.au/news/heavy-rain-in-central-queensland-celebrated-as-a-blessing-for-drought-declared-areas/202128 300mm (12 inches) of rainfall fell from the sky.
Now wombats being sensible creatures, simply wait in their cosy burrows for the rain to stop falling. Every now and then during those rainy days, I’m sure they have a bit of a sniff of the air and put their noses outside of the burrow and go, “No. It is still a bit damp for me, I think I’ll catch up on a bit of much needed rest”. Well, after the rain fell, the herbage grew and the wombats came out in force to graze. Below is a photo of Fatso the wombat enjoying the lush herbage over the worm farm trenches from only a few nights ago. It is worthwhile pointing out that Fatso has an exceptionally glossy coat. 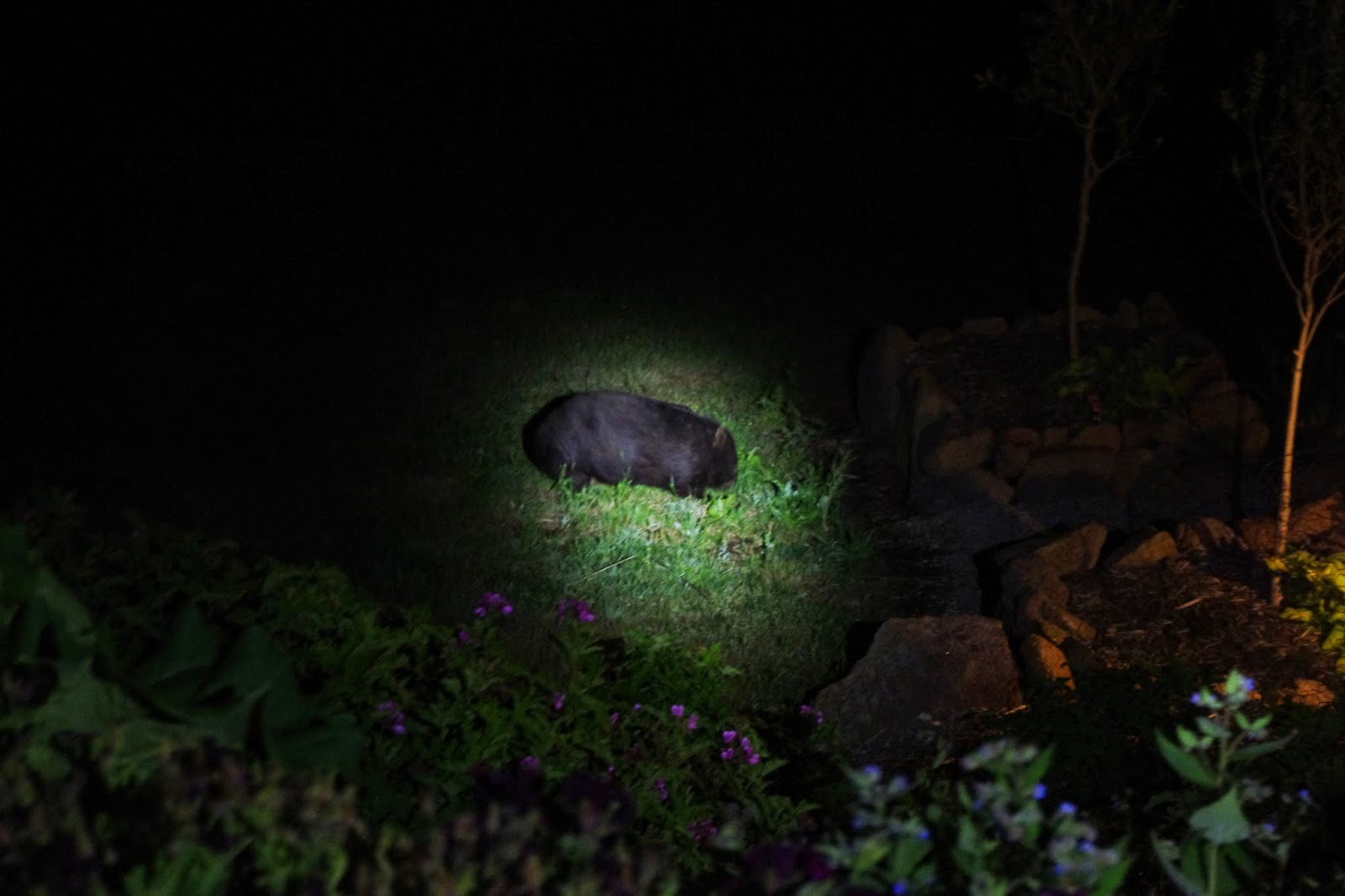 Wombats know how to wait. They have patience in spades.
I also spotted Baby wombat a few days ago. Baby wombat has this year become Mummy wombat. Her single mini-me sized off spring was trailing along dutifully behind her. It was beautiful to see, but unfortunately, I didn’t have the camera to hand at the time.
Patience is a virtue because the few rainy days were put to productive use preparing bottled apricots for the winter. During that time, I also considered cooking up some of the summer fruits into a jam which I could eat later in the year. But then I wondered just how much jam was currently in the pantry cupboards? It was a difficult question because I honestly didn’t know the answer.

For the rest of the link goto: http://ferngladefarm.blogspot.com.au/