The Northern School of Permaculture

Back to Daniel Halsey's profile

Posted by Daniel Halsey about 8 years ago

Beetle banks create beneficial habitat for biological control agents important to pest management. Since the effect of predation from the bank is passive and seasonally variable it is a strategy best used as part of an overall system of pest management.

Large expanses and widening fields for crop production have substantially limited the access of beneficial insects to field crop prey. The ecological services provided by naturally occurring pest predators is increasingly impeded spatially as the fields grow. The field edges, being the over-wintering and refuge for beneficial insects, are the primary source of conservation pest management in many crops. As much as 35% of pest management and crop protection comes from naturally occurring biological controls. Increasing the natural capital needed to enhance the supportive habitat is a low investment and a high return strategy for growers. 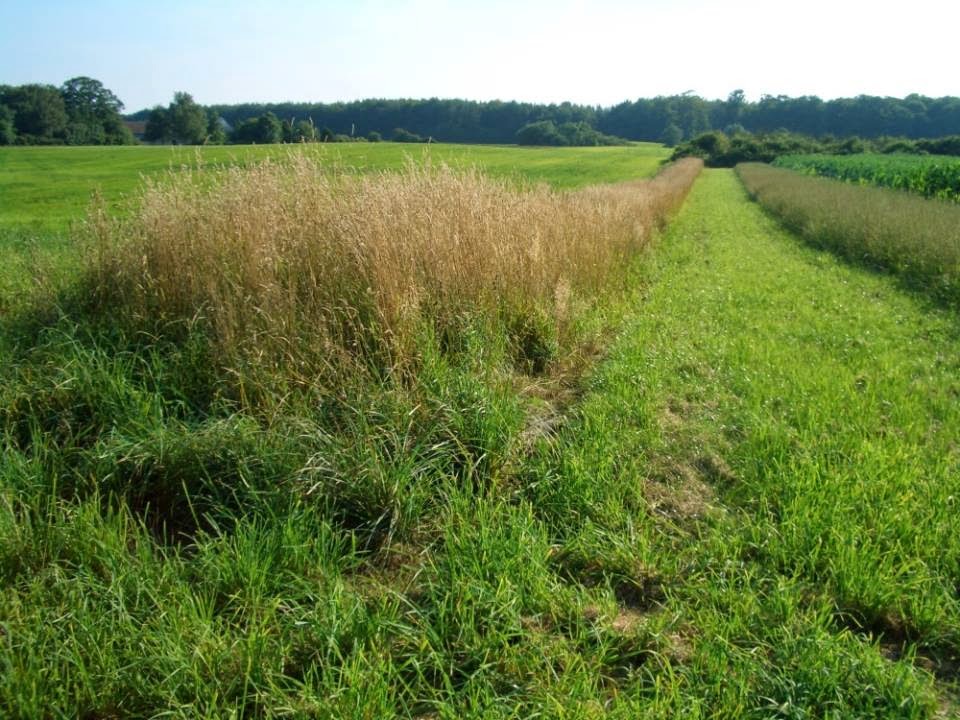 This technique is also important in the ecological design of food production areas on homestead or in a production orchard. Many times we think of beneficial habitat for the use of pollinators and flying insects. We need to remember that there is a great diversity of beneficial insects that need habitat. Beetles play an important role in controlling past populations in our growing spaces.

Reducing the distance from edge to edge increased the frequency and duration of insects in the center areas of the fields. Especially in Spring, as the insects migrate f

urther into the field following aphid and other pest populations. Although Collins, et al (2002) refers to it as decreasing field size, I believe the banks are an integral part of the field itself and a permanent fixture within the cropping system. The control of cereal aphids has been the motivation for many of the studies to be cited. Polyphagous arthropods are important players in the natural biocontrol of wheat pests. Conservation Biocontrols are the  " ..techniques to encourage and conserve populations of naturally occurring (pest) predators..." (Collins et al, 2003).
According to Collins et al. (2003), the most needed Integrated Crop Management (ICM) component is natural biocontrol agents (BCA).  The most important BCAs in Cereal aphid control are polyphagous (predators of multiple prey, not specific) arthropods. Since expanded agricultural intensification has removed or degraded field boundary areas, added habitat spaces are needed for increased polyphagous predator benefit.

Grant Van der Merwe : Thanks for post
Posted about 8 years ago
My Badges