The seed of an idea

All about seed saving activities for trees

It’s the 26th of January here and for people in Australia that means Australia day which is a public holiday. Yay! The public holiday celebrates the landing of the First Fleet on the continent way back on the exact same day in 1788. For those that don’t know it, the First Fleet comprised quite a few ships carrying a whole bunch of criminals, some military to supervise them and a couple of free settlers of questionable sanity. The first sensible act upon arriving on this continent was to send ships off to obtain more supplies from the nearest English colonies. It quickly became evident that a bunch of criminals from urban areas of the UK really knew very little about farming in a strange and unfamiliar environment.  Needless to say, the whole lot of them almost starved.
I have a wide streak of irreverence so for me the 26th of January is to be celebrated for the national government funded and commercial free youth radio station which is broadcast across most of the continent: Triple J - because that radio station hosts the Hottest 100 countdown. As a fun fact listeners vote over the Internet for a limit of 10 songs per listener and just to show how much attention the countdown receives here, there were more than 2,000,000 votes. That’s right 2 million votes. That’s a whole lot of votes. In fact it is the biggest music poll anywhere on the planet. And yes, I’m outing myself here as something of a youth music tragic because I’ve been listening to the countdown and also the radio station since 1994. Long live the government funded commercial free youth oriented music radio station Triple J! That alone makes me happy to pay my taxes, it does.
Back to the real world and in breaking farm news: The first steel step has been installed for the cantina shed. It is looking good and most importantly of all, steel is far less prone to bouts of spontaneous combustion during a bushfire than a treated pine step (which was the material it replaced)!

For the rest of the blog entry: http://ferngladefarm.blogspot.com.au/2015/01/the-seed-of-idea.html 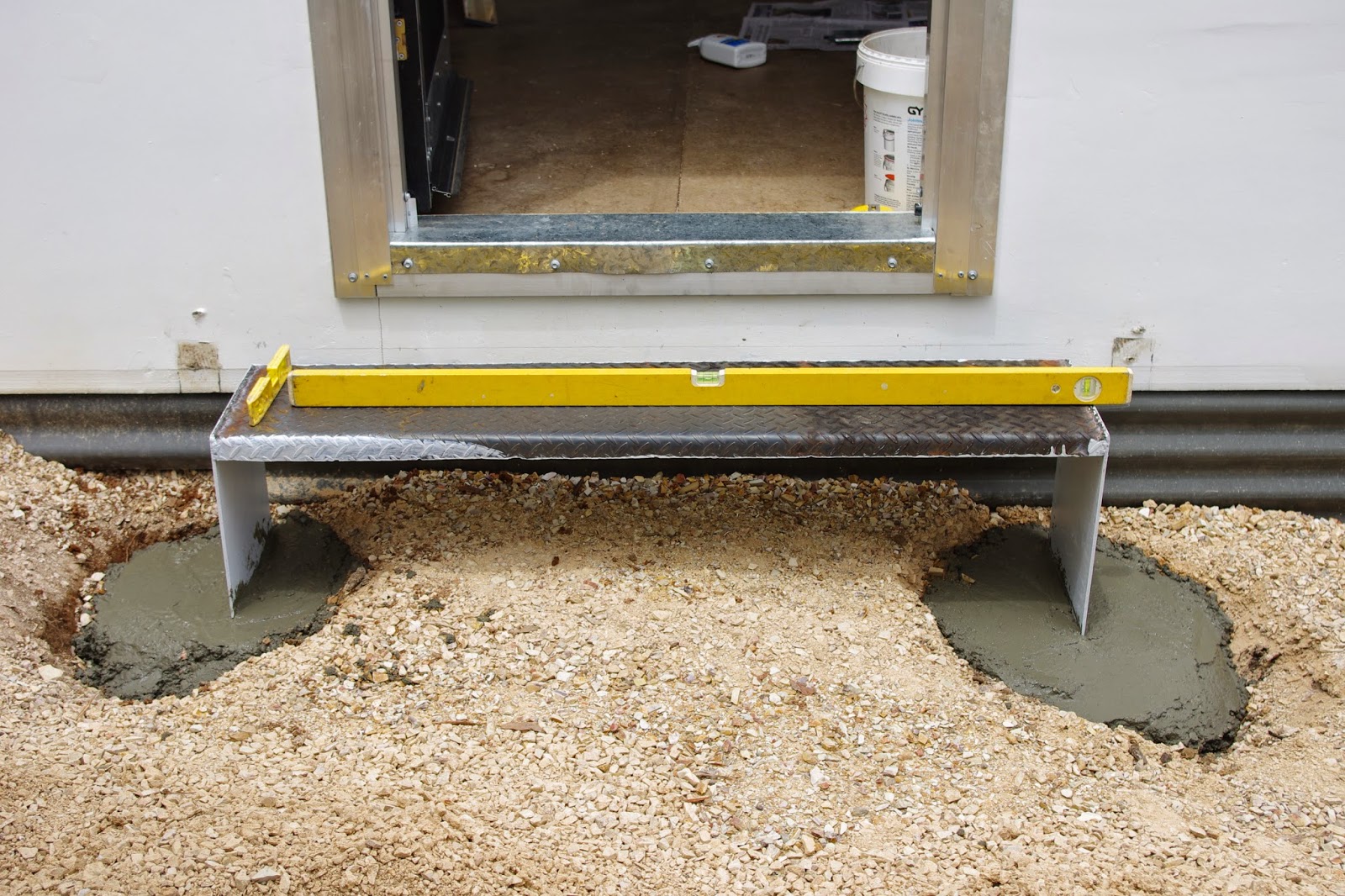