One wombat to rule them all

The boss wombats makes a special appearance for the camera. The trailer has now been finished. A new steel staircase is almost finished. Strange frogs turn up. And other general growing news.

It’s like having a feral piggie running around the orchard at night. Plus, that little piggie has friends, quite a few of them in fact. What on Earth am I talking about? Fatso, who is King of the wombats here at the farm, that’s what I’m talking about.
He’s a big wombat and usually camera shy, so it was very exciting the other night when I managed to capture a photo or two of Fatso, King of the wombats here, who just happened to be enjoying himself munching on some choice herbage.


I occasionally take the camera with me on walks at night so as to take photographs of the wildlife. You never quite know what you may see. Unfortunately that night, I also had one of my dogs with me and Fatso was a bit nervous about all of the attention. He soon quietly went off about his wombat business elsewhere – not too quickly though, for he displays a general air of disregard for humans and their foolish activities – but he did leave quickly enough that he was soon lost to sight in the surrounding forest. He’s cool and he knows it.
Today the trailer received the final coat of bright – in your face – yellow paint. I reckon that the trailer is looking good and hopefully it lasts for another decade or more. The trailer can’t be used for a week or two whilst the paint cures in the heat of the summer sun. The longer I leave the paint to cure without damaging it through use, the harder the paint surface will end up being.

For the rest of the blog goto: http://ferngladefarm.blogspot.com.au/2015/02/one-wombat-to-rule-them-all.html 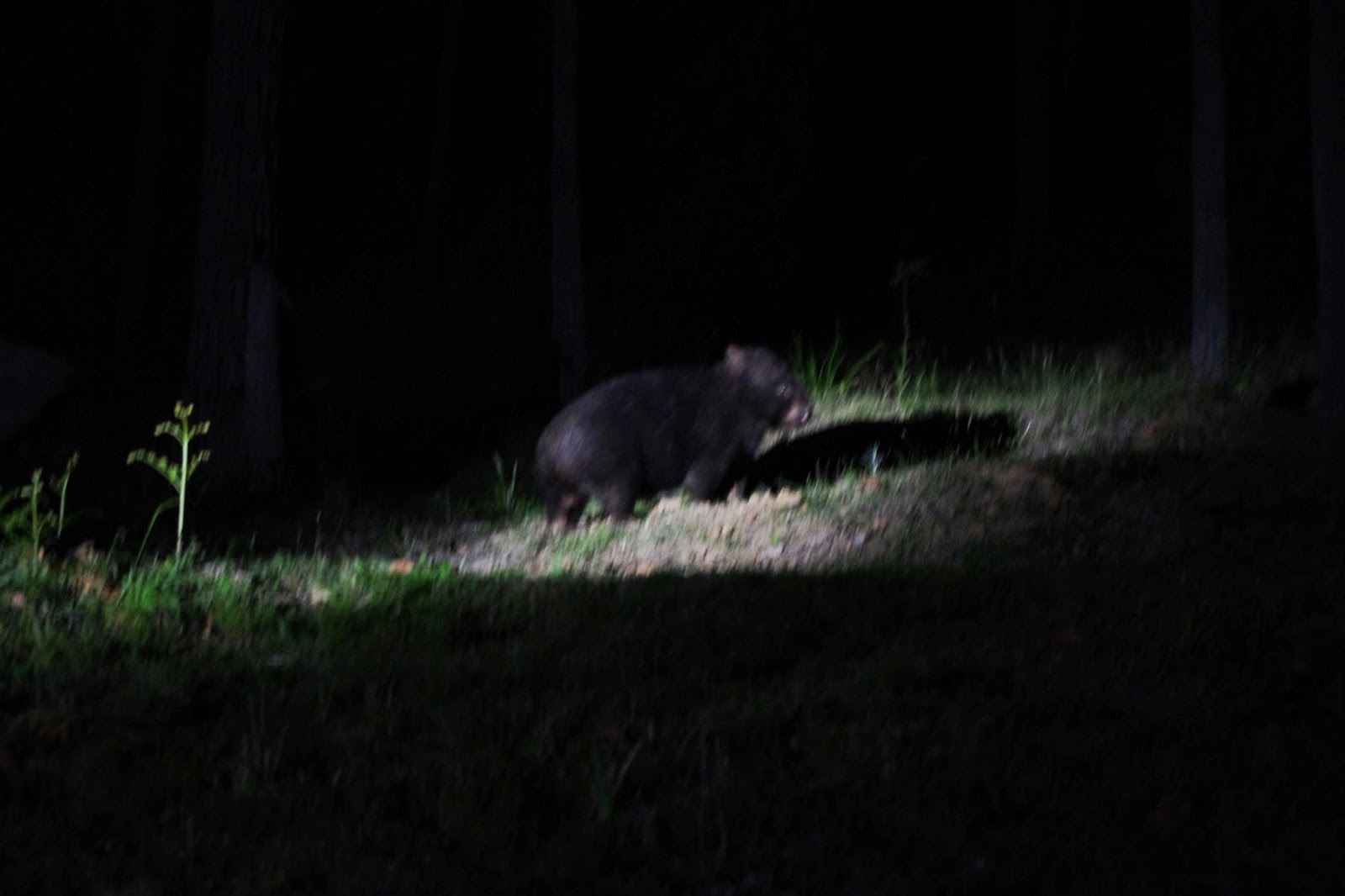