Regular readers will know that I’ve been in the process of building a steel firewood shed for a few months now. I like to do projects as cheaply as possible and that means using recycled, second-hand or down-graded materials and the firewood shed is no exception. Recently a good supply of corrugated galvanised iron cladding has eluded my best scrounging efforts. However, the past Saturday morning I hit pay dirt.

Hitting pay dirt meant driving north to the inland town of Bendigo. In the 1850’s that part of the state produced some of the biggest gold finds in the world, and the town itself has a colourful history and beautiful old Victorian buildings. Precious metal is still being found there today as there are several active gold mines in the town. However, I was after a precious metal of a very different sort: corrugated galvanised iron sheeting. A visit to a house demolition and salvage yard in the industrial area of that town produced a reasonable quantity of the iron sheeting. I took everything they had. The helpful bloke, who looked exactly like the sort of person that you’d expect to find in that business, sold me the material and remarked that: “This stuff is as rare as hen’s teeth, mate!” Newer corrugated sheeting which can be purchased now is much thinner and a whole different alloy (zincalume) than this older material. There are still old houses made from this older tougher material in the inner city of Melbourne.

The steel sheets were loaded onto the bright yellow trailer, securely strapped down and then I began the slow process of driving back to the farm. If during the drive back, the steel sheets became loose, they could have easily flown off the back of the trailer and this would be a serious hazard to anyone else on the road. Just to add a degree of difficulty to the transport, the edges of the steel sheet are quite sharp and they can cut through the nylon ropes and tie down straps used to hold the steel sheets firmly to the trailer. Transporting any steel sheets requires you to keep one eye on the road and the other on the contents of the trailer. By the time I made it back to the farm only a single rope had been broken by the razor sharp edges of the old iron, which was OK as I had used multiple and redundant ropes.

A couple of hours after getting the steel sheets unloaded a slow moving storm moved over the area. Then it rained, and just for good measure it rained some more. Excavations were not possible. I dislike mud and the site for the wood shed was threatening to turn into a serious mud pit. I’ve heard that some people like mud pits (perhaps for wrestling), but I remain unconvinced! Anyway, a couple of trailer loads of crushed limestone were spread around the area. The rocks are actually sourced from a nearby quarry which has long been quarried by humans for millennia because it is a major source of flint. Take that mud!

Observant readers will note (soil geek alert!) that as the weather has become cooler and the rainfall is now exceeding the evaporation, the volcanic loam has turned from an orange red colour to a much darker brown. This change reflects an increase of water, organic matter and biological activity in the soil itself.

For the rest of the entry click on: Hen's teeth 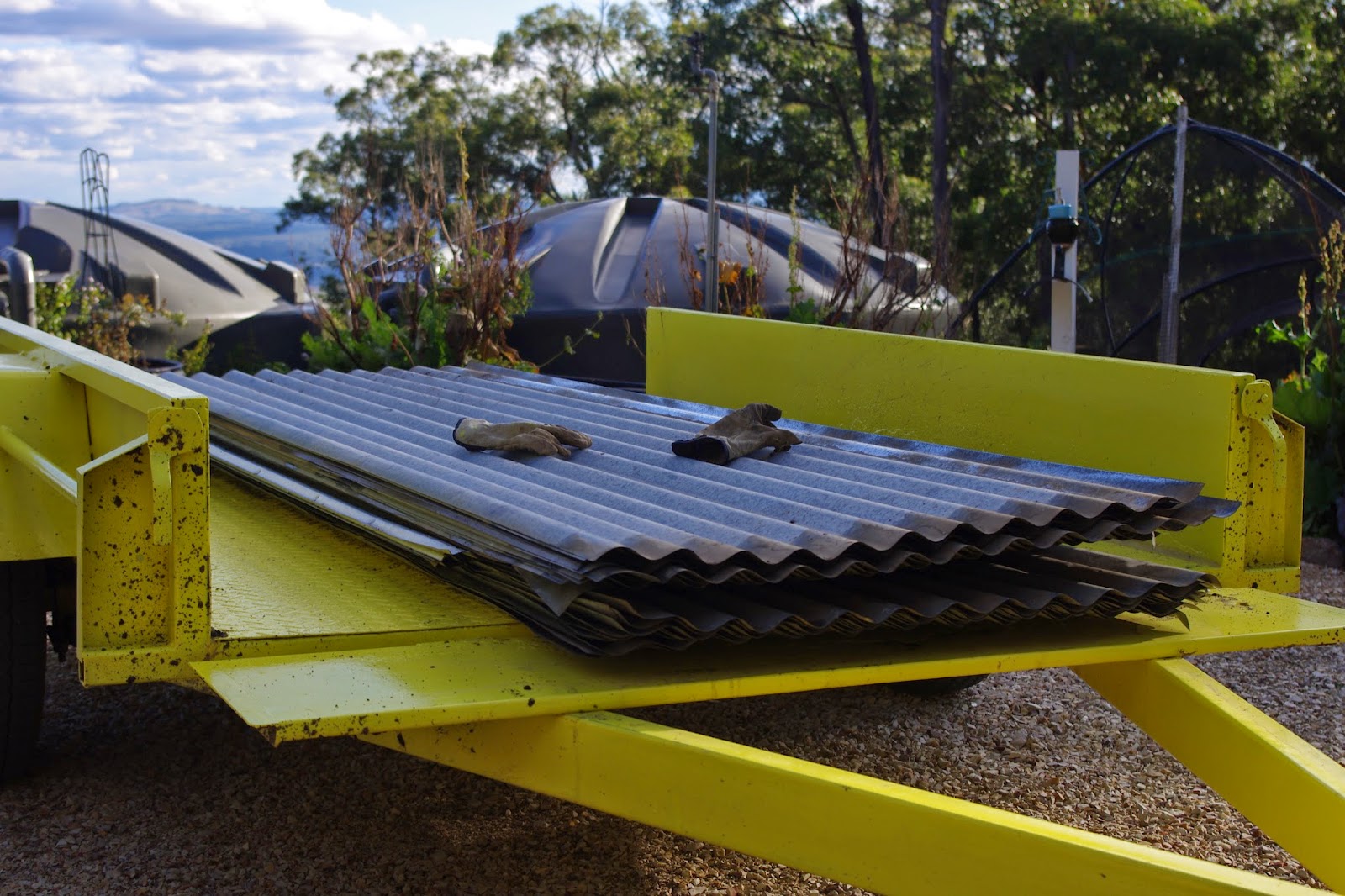