Ahh, autumn, ‘tis the season for the smell of: wood smoke! Occasionally on a fine sunny day on a weekend during the seasons of autumn, winter and spring I can look down into the valley below from this eagle’s eyrie and it can look as if every man and their dog are having a burn off. In fact sometimes I wonder whether Tolkien’s mythical land of Mordor had as many fires as can be seen around these parts during some weekends.

The Bureau of Meteorology has predicted that the coming summer here will be an El Nino summer, which may possibly mean hotter and drier conditions, so I (and whole lot of other people) have been wisely collecting and burning off accumulated combustible materials in the surrounding forest and burning them off. The theory behind the burning off is that should a wild fire sweep through the area, there will be less combustible fuels, therefore any fire will be at a lower temperature and the very old eucalyptus trees (which can reach several hundred years of age) will have a far greater chance of surviving the fires. The birds, marsupial bats, sugar gliders, possums etc. only live on the very large and very old trees because they have hollows. As an interesting side note, hollows on the very large and old eucalyptus trees are created because branches have dropped off them at some stage in the past. Such events are an opportunity for a diverse range of animals and birds to set up house in the eucalyptus trees. It is interesting to note that very young eucalyptus forests are very quiet forests!

One thing that eucalyptus forests produce in humungous quantities is quality firewood. And Scritchy the boss dog at the farm here often takes advantage of that produce as she exerts her perquisites. This means that she can “cook her head” on cold nights in pole position on the toasty tiles in front of the wood fire.

Observant readers will also note that not only is a Scritchy cooking, but there is also a tub of yoghurt happily cooking away, as well as 50 litres of various future brews bubbling in that excess forest heat.

If the dogs here ever had to scramble for raw survival, I suspect that they’d be alright. For example, Sir Scruffy who is the largest dog here and is fed only as much as the much smaller Scritchy the boss dog is getting fat despite numerous farm border patrols throughout the day. Each of those farm border patrols requires much energy and can occasionally involve a confrontation with a 6 foot plus Kangaroo/s which is no small thing for a dog. The additional food source is a mystery which will probably remain unsolved (although I have my suspicions).

For the rest of the entry click on: Pole Position 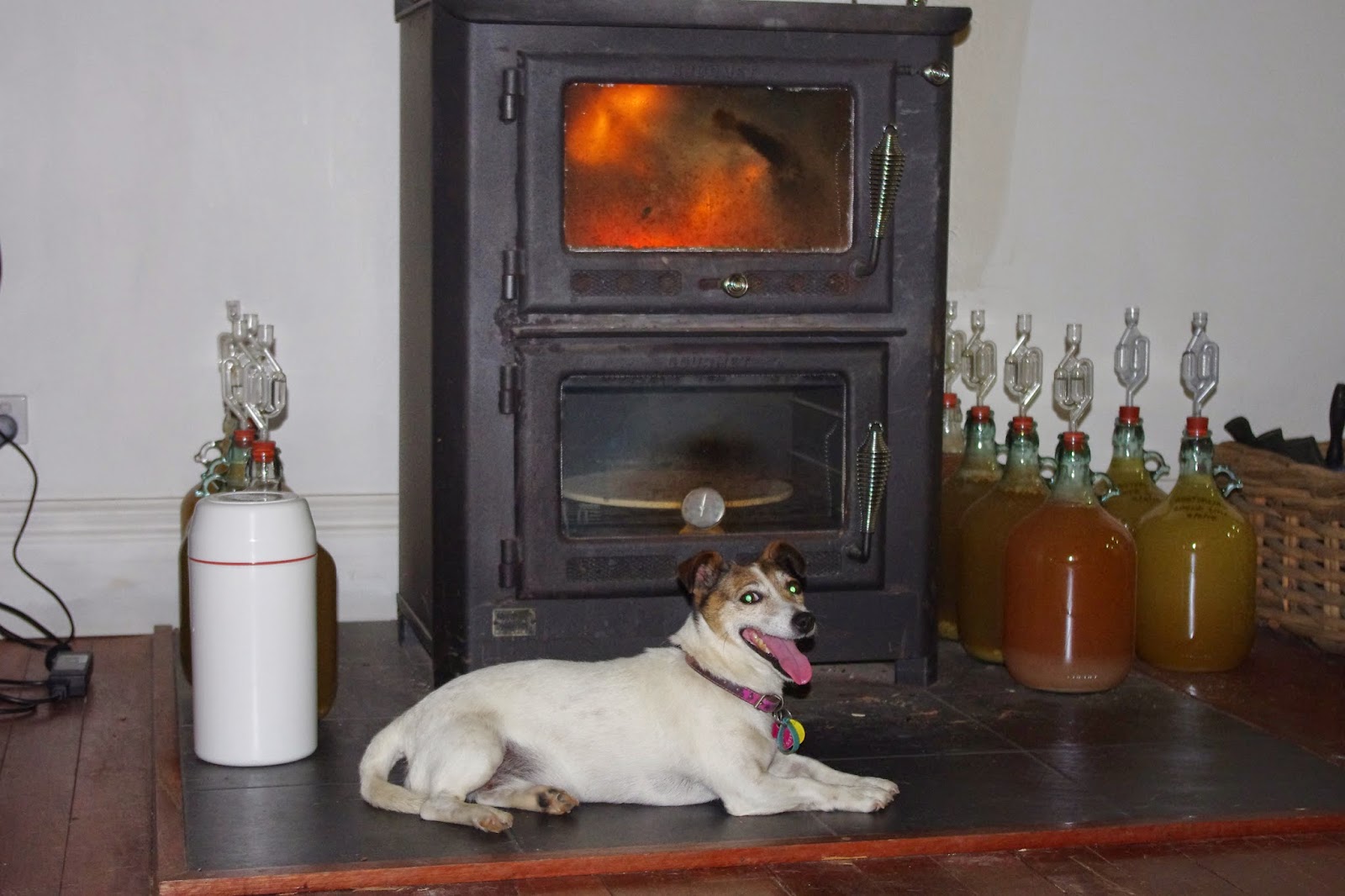