Beginning from the gold rush era of the 1850’s, for about a century the forests in this mountain range and the surrounding areas have been logged. Large scale wild fires have also left their mark on the forests, with the most recent big one occurring in the summer of 1983 (Ash Wednesday fires).

You don’t have to go far to see the impacts of either. Sometimes it may be a broken thick rusty old steel cable abandoned in an unlikely area that hasn’t seen a person for decades. Other times it could be burnt trees or stumps lying down on the ground with their charcoal exteriors protecting the timber and the insides of that tree are as pristine as the day it succumbed to the wild fire.

The Gisborne and Mount Macedon Districts Historical society produced a beautiful hard cover book called: Pictorial Mount Macedon, which looks back on the European history of the area in a pictorial format. The picture below is of some of the timber milling activities from back in the day from that book:

One of the earliest European explorers, Major Thomas Mitchell, who was the Surveyor General of NSW and who crossed this mountain range in 1836 wrote at that time: “left dense timber on colder south slopes but north slopes were open enough to ride horses up. Mitchell continued south east to Mt Macedon, crossing from granite to basalt. The forest was denser, but again north slopes were more open than south, and both were more open ... South of the mount … found both thick forest and downs of park-like scenery”.

Today it would be impossible to ride a horse up one of the north slopes as the forest is very dense. The forest on the south slopes is even thicker again. Clearly the Aboriginals were also modifying the forest long before the Europeans even thought about venturing to this far country.

These days there is no requirement at all for land owners to actively manage the forest in and around their properties. In fact, some people view the forests here as some sort of untouched wilderness which should be be left alone by humans, despite evidence to the contrary. Deep down though, I suspect that people want to avoid the inevitable hard work and cost that active management of the forests involves.

The Aboriginals used to burn off between 30 and 40 hectares (70 and 100 acres) at a time on a rotational basis which allowed animals to move to unaffected areas while the burned areas regenerated. Nowadays in our advanced wisdom the state government tends to burn off between 3,000 and 4,000 hectares (7,000 and 10,000 acres) at any one time. Those large scale burn offs are much better than doing nothing, but it gives the animals that live in that burn off area little chance to move to neighbouring bush because that has also been burnt in the process. The whole process is expensive and hard work so usually only the bare minimum ever gets done. And it isn’t anywhere near enough because wildfires have occured on an alarmingly regular basis throughout the European history of this continent.

I’m realistic about the risk that arsonists present each summer and that motivates me to manage the surrounding forest with that risk in mind. Another benefit of managing the forest is that the local wildlife has a greater supply of food. Therefore, at least once every year I employ a gang of burly blokes to help with the assorted jobs required in maintaining the surrounding forest. It is a good arrangement and I’ve known these guys for many years. They have been very reliable and responsible. 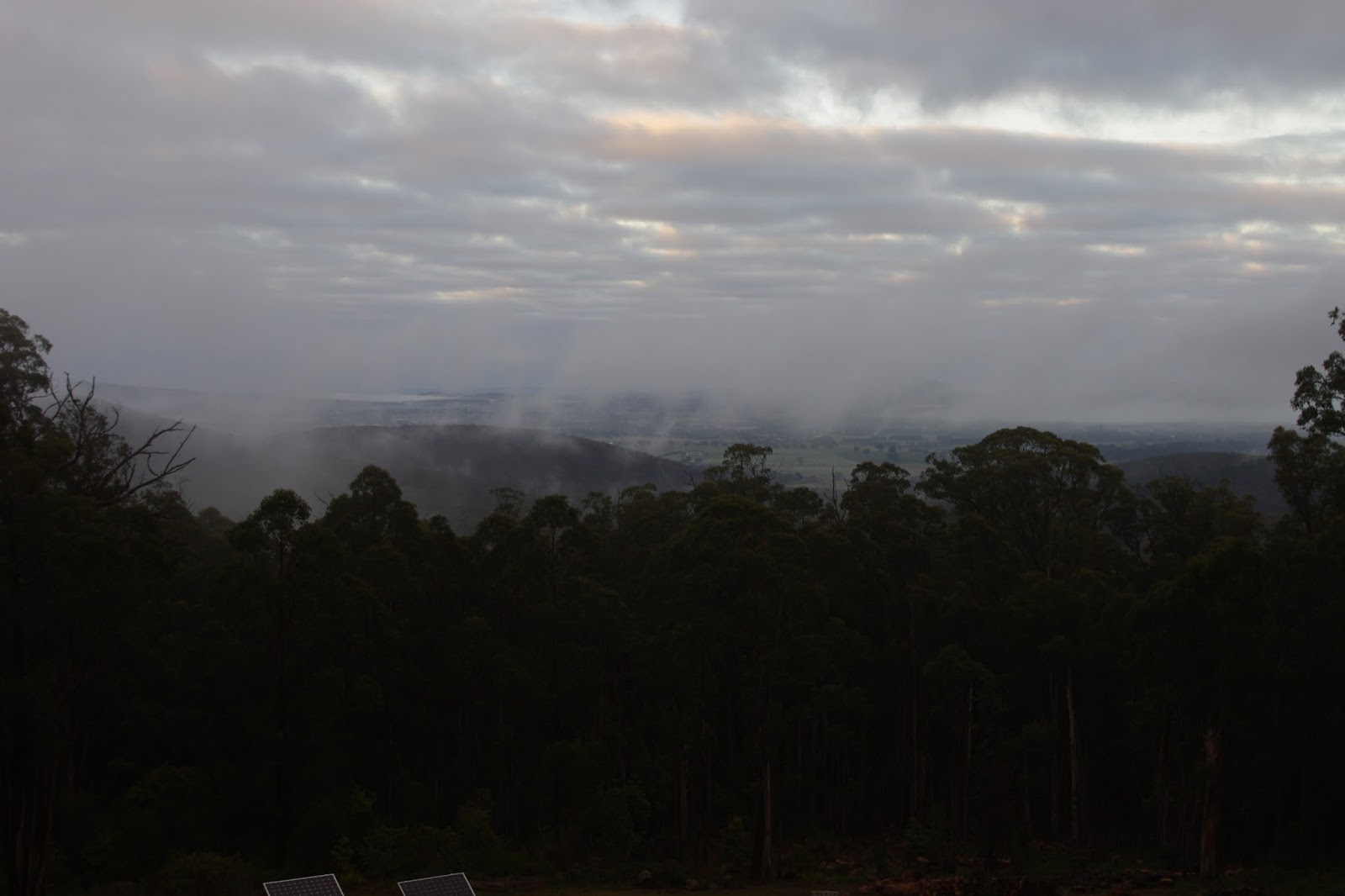