All the small things

Plenty of chainsaw action took place this week. I’ve now finally completed the penance for my error which was detailed in last week’s blog that resulted in me getting ripped off. It is nice to finish a big task like that one, but a weekly blog about chainsaw activities is possibly not that interesting and may even be considered to be a little bit dull. So, let’s forget about the many hours of chainsaw activities that occurred and instead discuss the other more interesting things going on here.

A couple of months back I had serious concerns that I’d arrived at “peak rocks”. Peak rocks, is the time at which all of the easy to recover rocks on the farm were utilised in rock walls. Such an event would be very disturbing because it may require having to bring rocks in from outside the farm. The thought truly strikes fear into my heart because that also may mean actually paying for rocks when I’d been previously obtaining them for free!

Fortunately, after a bit of exploration deep into the forested lands on the farm I’ve discovered quite a few very rich veins of rocks. Those rocks are there for the taking and I’ve been busily making plans for all of the projects that they can be used in. However, there is one minor catch. All of those rich veins of rocks are downhill of the house, so if I want to use the rocks, I have to bring them back up the hill.

If it was summer, I’d simply drive the trusty white Suzuki down the hill to the nearest accessible place, load the vehicle up with rocks, and then drive it back up the hill. Easy! However, it is now winter and whilst the trusty white Suzuki will happily undertake the downward journey, coming back up the hill presents a few difficulties because the vehicle will do a whole lot of damage to all of the carefully maintained herbage which the local animals eat. And it would not look good at all not being able to make it back up the hill. Plus, how would I be able to get to the Post Office / Cafe.

Rocks are still being recovered, but I’m now having to go “old school” which means simply loading those rocks onto a wheelbarrow and pulling them up the hill by myself. It is a slow but sure process at this time of year.

Behind the very large rocks which form the face of the face of the retaining wall are many smaller rocks. Those many smaller rocks are mixed in with the local clay to ensure that the much larger rocks on the outward face stay more or less as they were laid. Over the top of all of those rocks a layer of rock toppings from a local quarry is added. Those rock toppings contain lime which when combined with water and rainfall forms a more or less solid surface.

For the rest of the story click on: http://ferngladefarm.blogspot.com.au/ 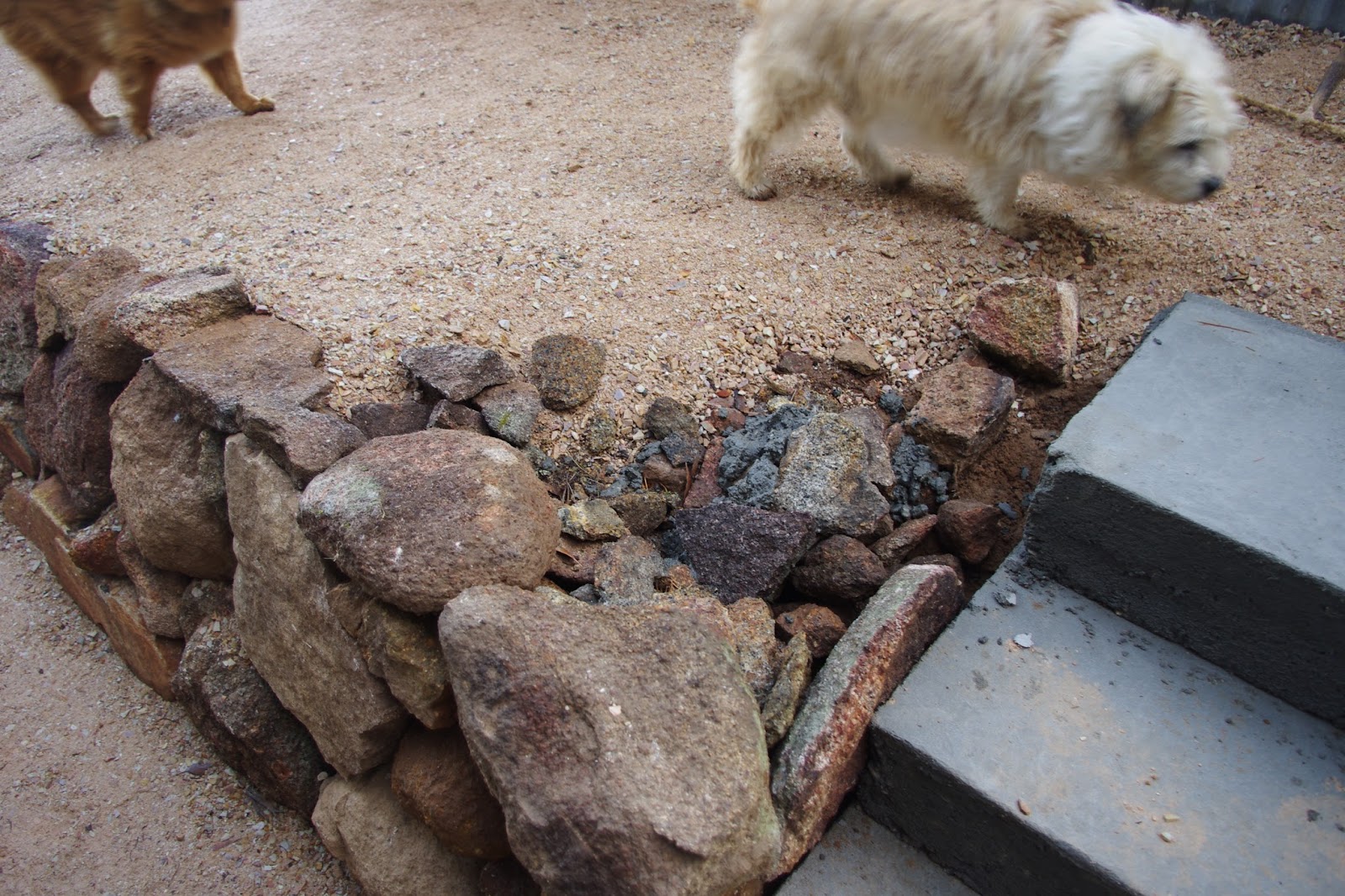