On the other hand, street art can sometimes be confronting and often indecipherable, but it also expresses a viewpoint from the socially and economically ignored and it can give them an outlet.

For as long as I can remember, Melbourne has had a culture of street art, protest slogans and generally anti-establishment political commentary displayed across any and all available wall spaces. When I was a child, I remember regularly travelling on the train system from one destination to another, and that travel was enlivened because I was exposed to a world of political and social commentary scrawled in paint along the back fences (generally constructed of corrugated iron. Mmm corrugated iron sheeting - so useful) of some of the inner city houses which abutted the train lines. Some of the political and social commentary was even quite amusing! One example I remember reading, had a map of Australia with the words “Redneck Wonderland” scrawled underneath it and the graffiti inspired the band Midnight Oil to pen a song with the same name. It was very weird because no one ever used that derogatory term here.

At some stage in the past the acclaimed street artist Banksy visited Melbourne and put up a few works of his own. I clearly remember the public outrage when one of his few remaining works was accidentally destroyed: Iconic street art by Banksy destroyed in Prahran

Anyway, there was a less serious side to graffiti too. When I was a teenager I’d see that people would draw a love heart on a wall and in the middle of that stylised heart scrawl something along the lines of "Kevin 4 Eva". It was very common. I did realise at the time that by using the word Eva, the writer had meant to use the word “Ever”, but it always used to amuse me thinking that this Eva sure was a popular girl. The fact that I’d never actually met a girl called Eva didn’t really decrease my amusement!

I’d been thinking about the delightful and sought after personage of Eva this week because today is the winter solstice and that marks the shortest day of the year. And this week also produced the worst production for the solar power system at the farm eva (sic)! 4.2kW of solar panels produced a measly 0.375kWh in an entire day and the photo below shows a good example of the very serious mist which cloaked the farm for four consecutive days:

The system itself uses 0.5kWh every day simply to operate.

About six months ago, a meeting was held in the nearby township promoting solar electricity generation and a few people independently approached me and suggested that I speak at that particular meeting. In every instance I declined because I realised that my experiences with solar electricity production didn’t match their expectations and whilst I enjoy public speaking, I didn’t want to be the one to have to point that dissonance out. From my perspective, people that spruik a potential solar electricity future are akin to gamblers as they talk up the sunny days and somehow gloss over the cloudy ones. 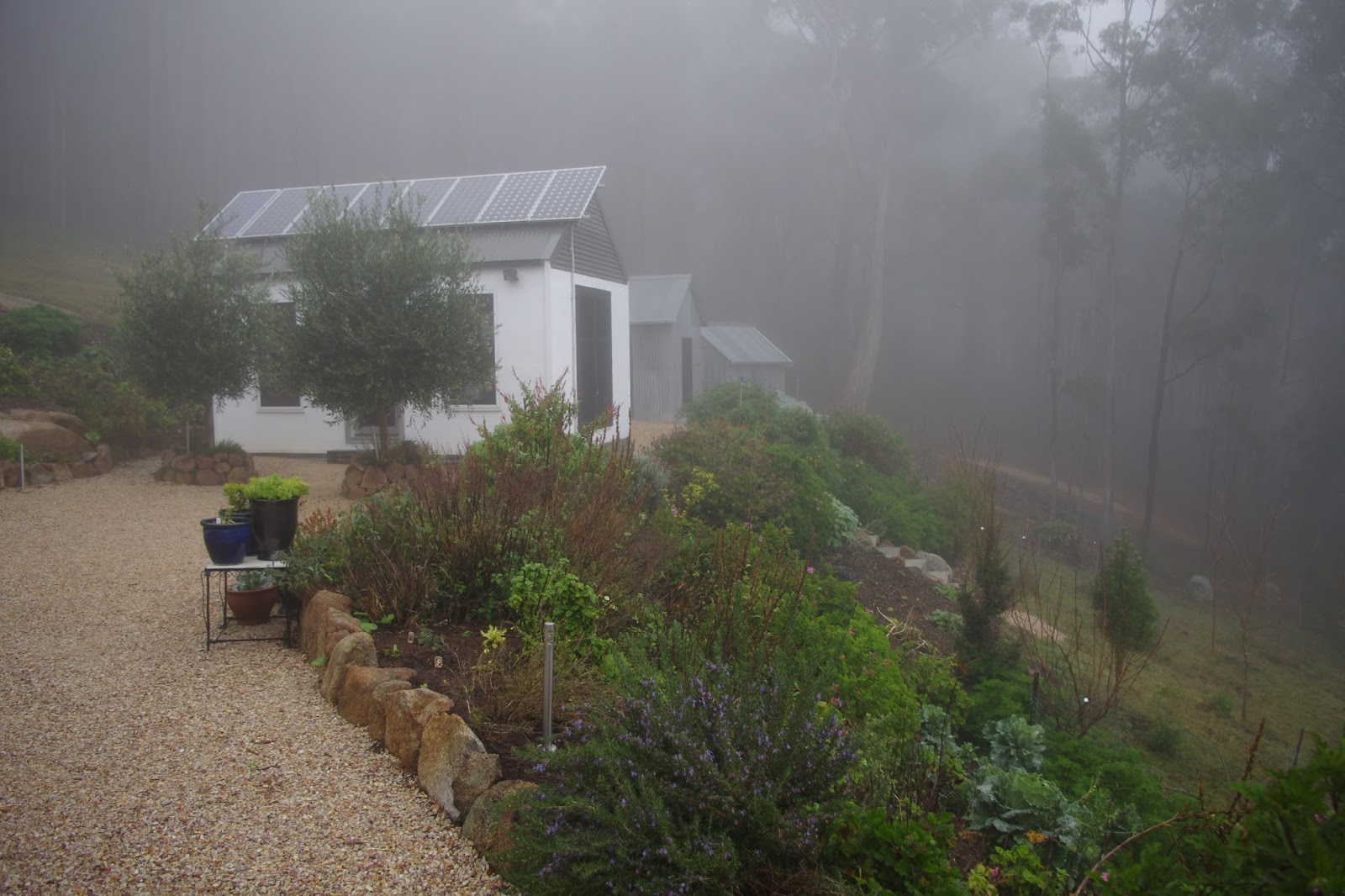