The Hen House formerly known as

A chicken’s brain is perfectly adequate for the everyday experience of being a chicken. The average chicken displays great curiosity about their world and they also enjoy all of the social banter that goes on in the world of chicken.

However, the world of chicken rarely involves moving to a brand new home and when the average chicken is confronted by such an event, they fall back on old familiar patterns and try and return to their old home.

The chickens have been in their new home (the Chooktopia project) for a bit over a week now and they are enjoying the experience. I’m also enjoying the experience as the rats have failed (so far) to break into the new chicken fortress. That lack of rats is saving me a cup of free range chicken feed per day! And the rats aren’t doing their rodent like fecal business in the chicken’s fresh water supply which is also a bonus.

As the new all-weather enclosure protects the birds from winds at ground level as well as having a proper steel roof, the chickens spend all day in their run mucking around in the deep litter mulch. As they now spend all day in their run, instead of huddling for warmth and shelter in their hen house, the hen house is much cleaner and far quicker to maintain every single day. In fact, I’m now using far less bedding straw than previously, which is an excellent cost saving.

So all up, the chickens are happy with their new housing. There is just one small problem that only time will rectify. When the chickens leave the Chooktopia enclosure in order to free range around the orchard, some of the chickens are unsure about which shed to return too. Chickens are smart creatures because they happily take themselves to bed at night as the sun sets. And, they will also retreat to their hen house for protection if a predator animal is around. However, it is a bit sad to see some of the chickens waiting patiently (or anxiously) to be let back into the old hen house!

Some of the chickens were more adaptable than others and it may surprise people that one of the Silky chickens, which is a little fluffy white thing, picked up the concept of the new chicken housing straight away. It was a bit like Raiders of the Lost Ark except that fluffy discovered the secret entrance (i.e. the front door) to the new chicken house and boldly traversed the paving!

As an interesting chicken side story, there has been a change of the chicken CEO. One of the Plymouth Rock chickens (aka Boss Plymie) has taken charge of the chicken collective. The former boss chicken - “Rumpole” - who ruled the chicken collective with an iron claw, has not been feeling very well the past few months and handed over the mantle of authority to the only true contender in a recent bloodless coup. Rumpole receives the perquisites of the elder statesman and she is un-hassled in her final few months whilst the other chickens treat her with both dignity and respect. 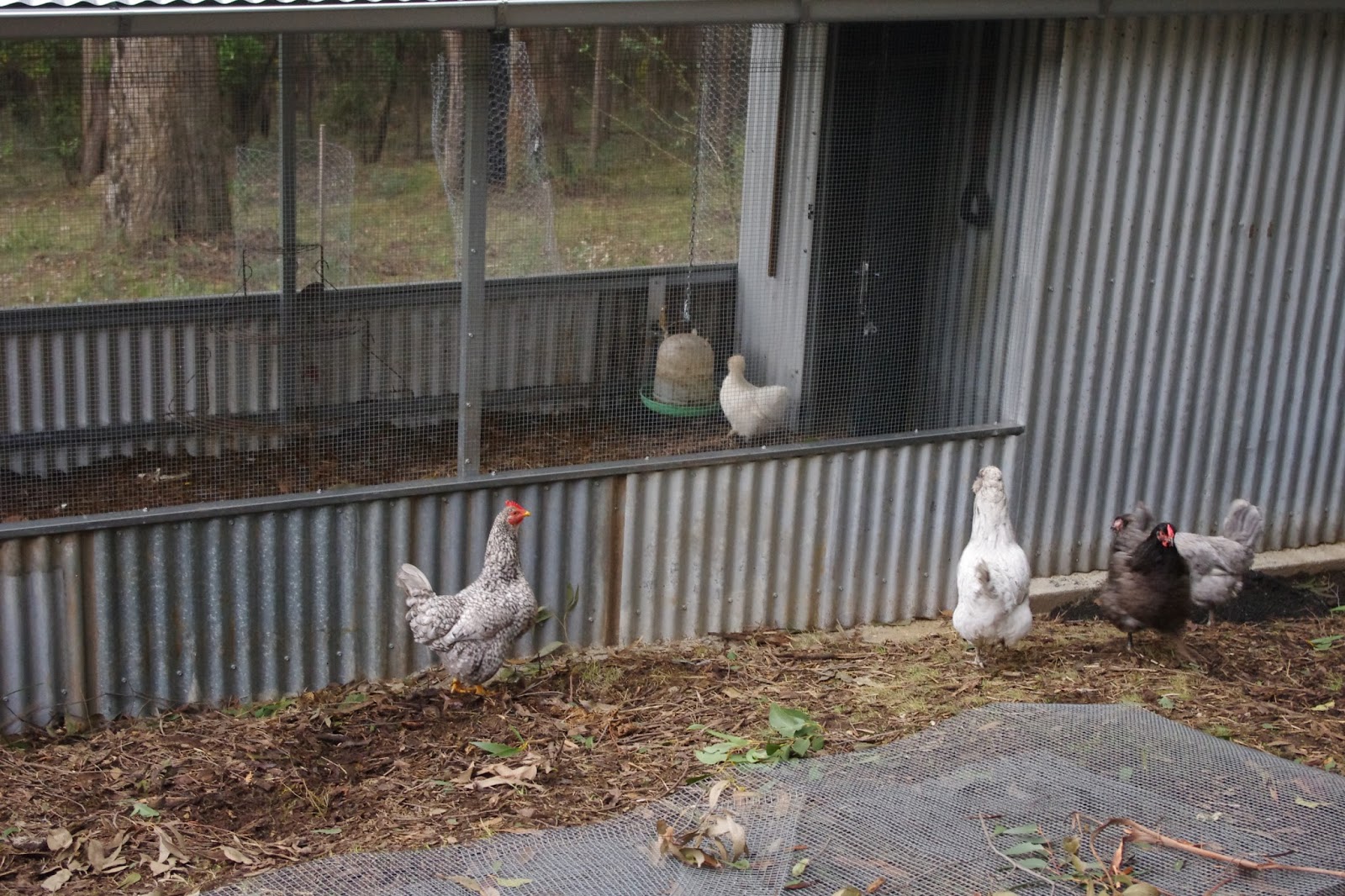