How much can a Koala Bear?

Last week, the temperature plummeted, the skies darkened with thick heavy cloud and the rain fell liberally for days on end.

All plans for outside garden and orchard activities were abandoned. Fortunately, I have an area that is outside and protected from both the rain and the cold southerly winds blowing up from Antarctica. I store a few days firewood for immediate use in that sheltered spot, and it is also very useful for constructing projects when it is raining or the wind is blowing so hard that it feels as if you are chilled to your very bones.

Sunday was such a day. I was battling the big box store blues (more on this later) in that sheltered spot when Poopy the Pomeranian (the fancy name for his species - in a truly ironic twist to the latter story too - is a Swedish Lapphund) who had been casually lounging around on the front veranda, started making a ruckus.

When dogs communicate with humans it’s usually about a lot of rubbish. Honestly, dogs can be very boring and repetitive. Some of their conversation can include the following forgettable gems:

But on this day, as Poopy the Pomeranian started barking differently from his usual rubbish, it is always wise in such circumstances to see exactly what was going on. Poopy was trying to alert me to the fact that a very strange creature had decided to make a visit. So, I went to investigate.

And what I found, completely blew me away. So, the first thing I did was to order Poopy into the house – You, in the house now! And off he trotted obediently into the house, as he didn’t want anything at all to do with this particular creature with its massive claws and wide jaw.

For some reason, a young male Koala Bear had decided that he needed a bit of assistance with his journey in life and decided that the house here was a good place to obtain that help. He did very well making that decision and things have been looking up for him ever since. The Koala followed me around like a dog and honestly there were times that I was thinking: You know what? He’d make a great addition to the household (possible name Krusty the Koala).

From the photo it is very hard to describe just how unpleasant it was outside the house that day. I had so many layers of clothing on that I felt like the Michelin Man and even then I was trying to keep my hands warm as you can see in the photo above. The Koala on the other hand had clearly been on the ground and moving across the country for a few days as he was cold and wet.

The poor little fella had a bit of blood on his ears from a burst tick and there were a few other intact ticks on his ears too which have since been removed. Ticks are an unfortunate part of life here for the wildlife (and dogs) and they were a good indication that the Koala had been on the ground for a few days searching out new territory. The ticks here are reasonably benign. 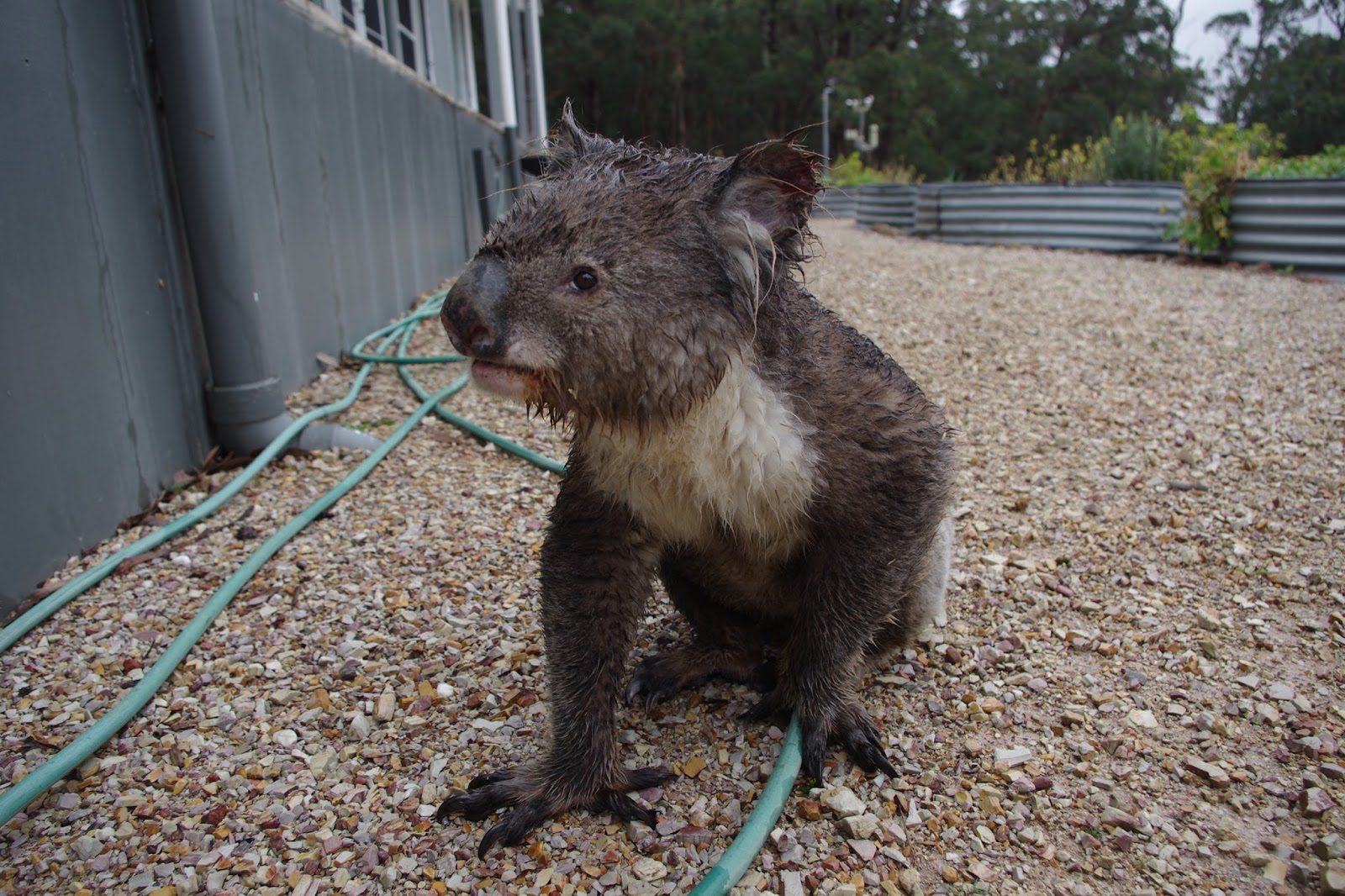 Eric Hammond : Oh my goodness! That is so cool. Are they normally that friendly to people?
Posted over 7 years ago

Eric Hammond : Oh my goodness! That is so cool. Are they normally that friendly to people?
Posted over 7 years ago
Courses Taught Here!
Project Badges