All day I dream about chickens

Unintended consequences are always a reality. They can’t be ignored or dismissed out of mind. For example: some readers may believe that this week’s blog title is a secret nod to the very dark 90's band KoЯn. Other people may believe that the blog title is some sort of homage to athletic footwear of a variety that is wholly inappropriate outside of an urban area – just saying that nothing beats quality leather boots when the going gets tough and rural.

But no, the blog title is actually a nod to Toothy the long haired dachshund who spends his days battling the local wildlife which seem to ignore his authority. Toothy may lack height, but he makes up for it in speed and woe betide the lazy marsupial that ignores his early warning bark!

Anyway, I’m sad to confess that Toothy the long haired dachshund has a bit of a problem. He is obsessive about the chickens and that is why he is the real story behind this week’s blog title.

The recently completed chicken enclosure is working really well. The chickens are healthier and happier in the drier all weather conditions of the new “Chooktopia” chicken shed and run. The chickens spend all day long scratching around in their deep litter mulch and can even enjoy a dust bath in the depths of winter because their new enclosure has been fully covered over with a proper steel roof. In their old enclosure, the chickens used to huddle in their shed on cold wet days (and also for much of the winter) because their enclosure was open to the rain and wind. As a bonus,

the new chicken enclosure even seems to have excluded (for now anyway) the pesky rodents that used to eat at least one third of the chicken feed every single day. Take that you rodents!

However, I discovered an unintended feature of the new chicken enclosure which was the perforated steel mesh screen security door installed onto the front of the building. I picked up the security door at the tip shop for $25 and was very excited about that particular find because they are well over $500 when new. It is a very strong security door, with very thick perforated sheet steel. The unintended feature with the door though is that the chickens can look out from their enclosure, whilst the Toothy the long haired dachshund can also look in. And that was Toothy’s undoing, because now all day he really does dream about the chickens. The funny thing that the innocent Toothy doesn’t realise is that the chickens in their turn dream all day about eating Toothy – if only he knew the dark truth of the matter!

The simple answer to the whole chicken / Toothy problem is to construct a vestibule on the front of the new chicken enclosure. I have been putting that particular project off for quite a while now because just in front of the chicken enclosure was a very large and very old tree stump which had a diameter of over 1 metre (a bit over 3 feet).

Removing stumps is no easy job without a stump grinder, but on Friday, I manned up and started the long slow process of cutting up and axing out the large old tree stump by hand. It is worthwhile noting that over the weekend a historically unprecedented heat wave descended over the farm – as it also did over the whole eastern half of the continent: Southeastern Australia's heat even unusual for summer. 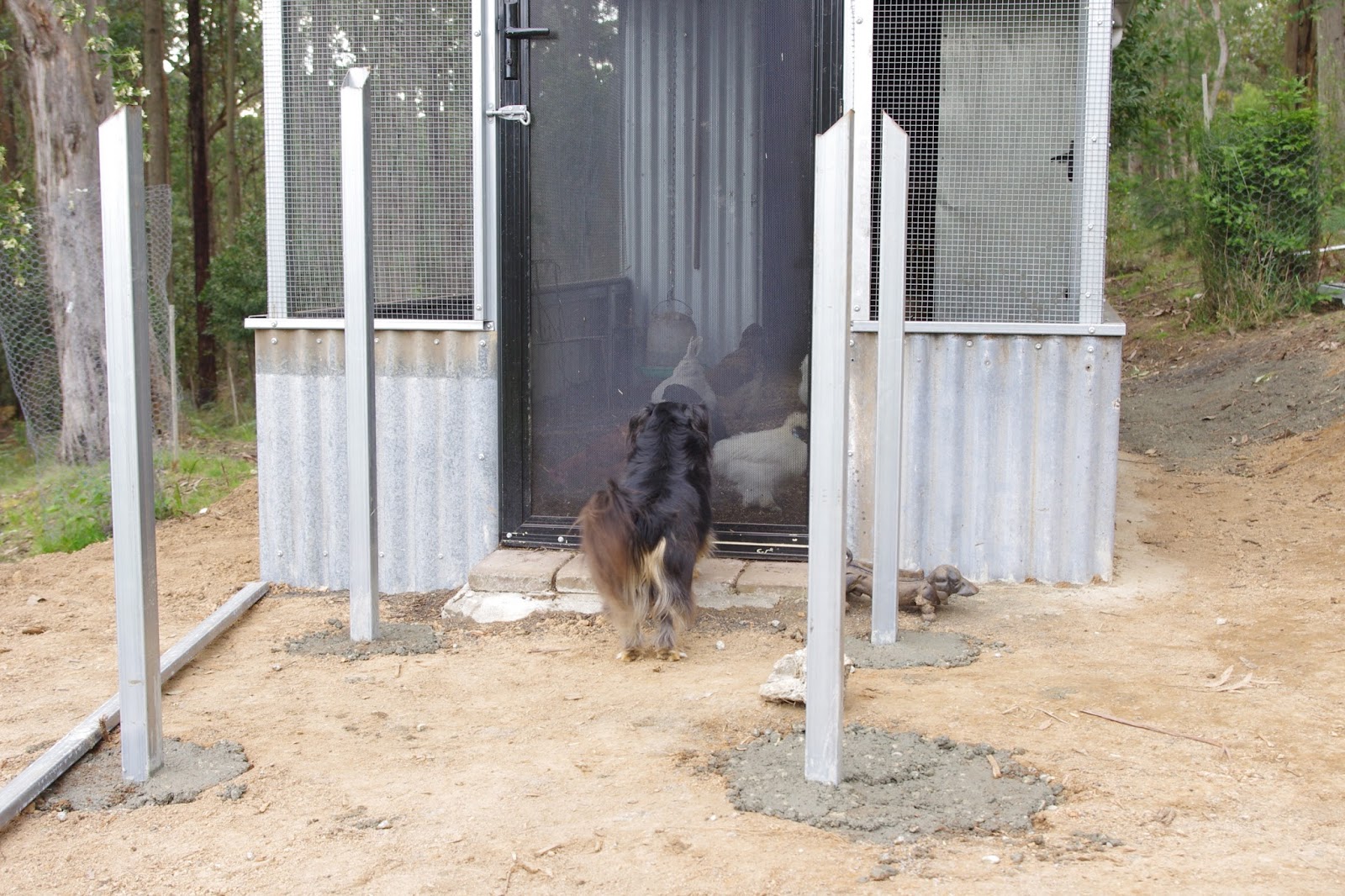