I don’t travel much these days, but this week the editor and I hit the road in our trusty Suzuki and travelled to Canberra which is the nation’s capital city. The location of Canberra is a funny place to construct a city, least of all any nation’s capital city, because it is in the middle of nowhere.

The road trip took about 9 hours each way (including stops) so it was a big drive. Believe it or not there is no rail access between Melbourne and Canberra either as I would have enjoyed a rail journey. The freeway has only recently bypassed every single town on that long journey making the drive even more boring, so suckers for punishment can simply drive all day long without stopping. I don’t revel in long distance car journeys so we stopped at many of the now bypassed and sleepy towns along the way.

I mean how could anyone not want to stop off and check out the Dog on the Tuckerbox memorial?. Or visit the inland town that managed to half bury the HMAS Otway (S 59) Oberon class submarine in its main park as a tourist attraction which you can climb all over? Or what about the disused timber Road and rail bridge over the Murrumbidgee River, New South Wales which is also very impressive. Incidentally, those bridges are the only structure that I have ever seen in this country described as a managed ruin, whatever that means?

So we took our time on the journey and visited many out of the way towns and the trip was thus made more enjoyable.

For the past seven years I’ve baked bread from scratch most days of the week. However, because of the road trip, I was unable to bake any bread at all, so we stopped off at a random town along the way that had a functioning bakery and picked up a couple of bread rolls to eat for lunch the following day.

At lunch the next day, I tucked into the purchased bread roll and recoiled with absolute horror. The roll certainly looked like bread, but I’m pretty certain that it wasn’t like any bread that I make. The bread roll was full of air, dry and tasted like… well, nothing at all! What was this bread-like product that I’d just half consumed? Who knows what it was, but it certainly wasn’t bread from my perspective.

I then later recalled a strange incident from about half a year ago when I was gifted a huge bag of commercially baked bread for the chickens to eat. However, both the chickens and the dogs refused to eat that bread and after a few days I had to throw all of the – still soft – but uneaten loaves into the worm farm for composting. Fortunately, the worms are not too fussy and they quickly consumed the bread that nothing else on the farm dared eat!

In order to improve the quality of bread consumed around the world, I have decided to produce a short video showing just how easy it is to bake not just one, but two loaves of bread:

Spare a thought for people in the southern corner of Western Australia (which is on the other side of the continent from here) as they have had record soaring temperatures and a huge bush fire in Esperance over the past week. The smoke from that fire on the other side of the continent has turned the sun a baleful smoky red colour as it sets each day over the farm this week: 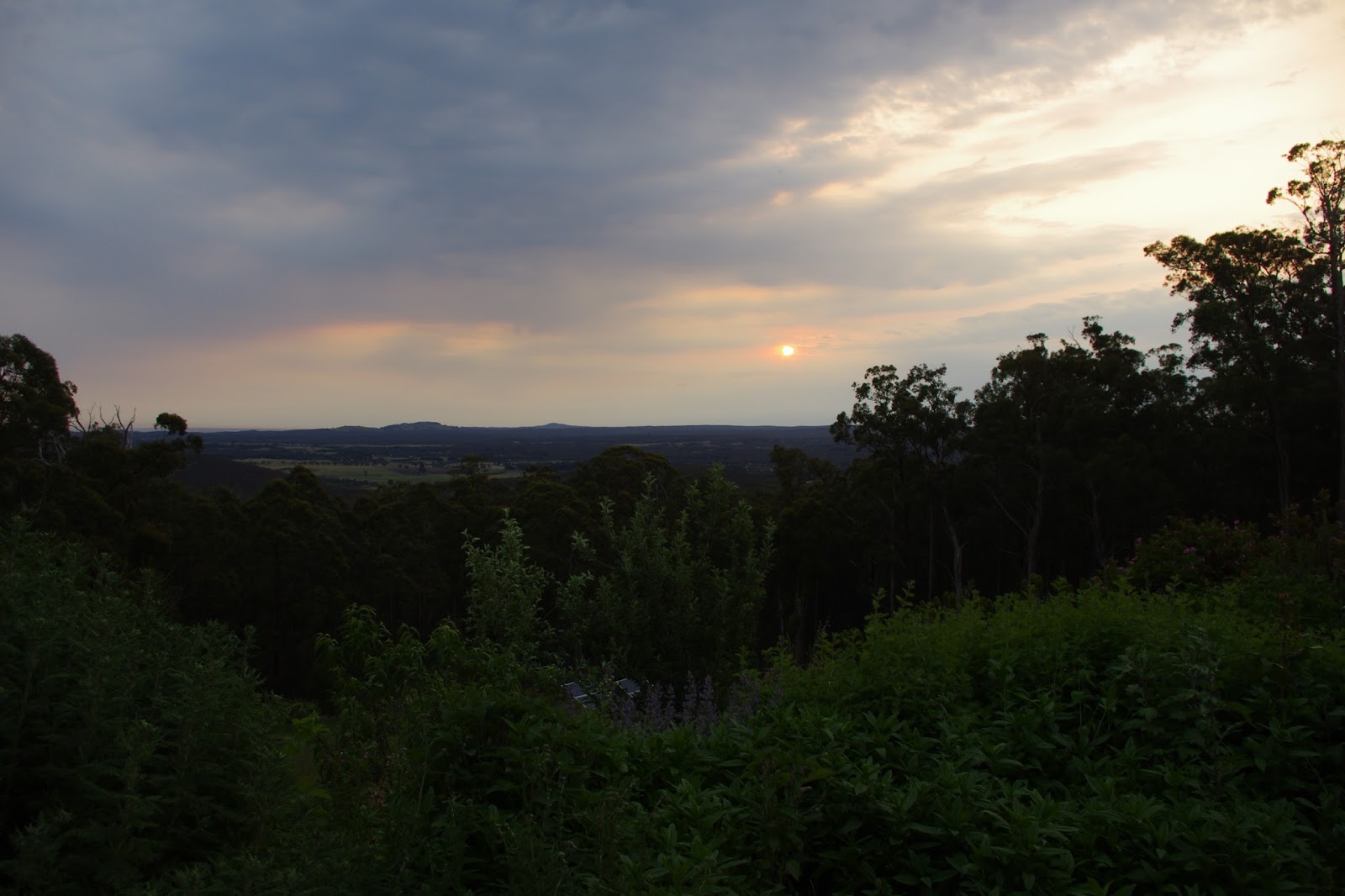