Every summer, the tall trees drop dry, dead and yellow leaves when the hot winds from the centre of this largely arid continent blow through their branches. And this happens every year. During those hot windy days it is hard to spend time outside as the sun is oppressive. On some summer nights that hot wind continues to blow and it feels as if the continent itself were exhaling all of that unwanted heat in one huge long breath directly over this forest.

This past year has been notable because following on from the coldest winter in 26 years, the months of October and December both produced record breaking heatwaves for this corner of the continent. An observant person may suggest that the weather extremes are becoming more extreme.

And with that heat come the bushfires. On Saturday afternoon, I could see from this eagles eyrie, a huge column of smoke which was the Scotsburn bush fire.

So far, the Scotsburn fire has burned 4,600 hectares (11,500 acres). Observant readers may note in the next photo from only a few hours later just how far and fast that fire had moved across the landscape:

The heat and fires are hard on the wildlife as the forest is just hot and dry. I’ve noticed that as the heatwave wore on the usually placid Kangaroos were getting a bit ratty:

Fortunately, the kangaroos soon settled their differences and went back to eating.

It is not just the Kangaroos that are distressed by the extreme heat. On Sunday I spotted two koala bears roaming around the forest early in the morning. It is a remarkable thing to see one Koala bear in a month, let alone two in one morning. Clearly they had to leave the shade of their tall favourite trees to travel down to the creek for a drink of water. I found one of those Koala’s ambling across the road at their glacial Koala-like pace, so I gave the koala a bit of assistance crossing the dangerous (for them) road and motivated him to climb up into a very shady Cherry Ballart tree (which is a native fruit tree). A couple of hours later I went back to check on him and he was still happily asleep in the shade of that tree. He had moved on by the early evening. 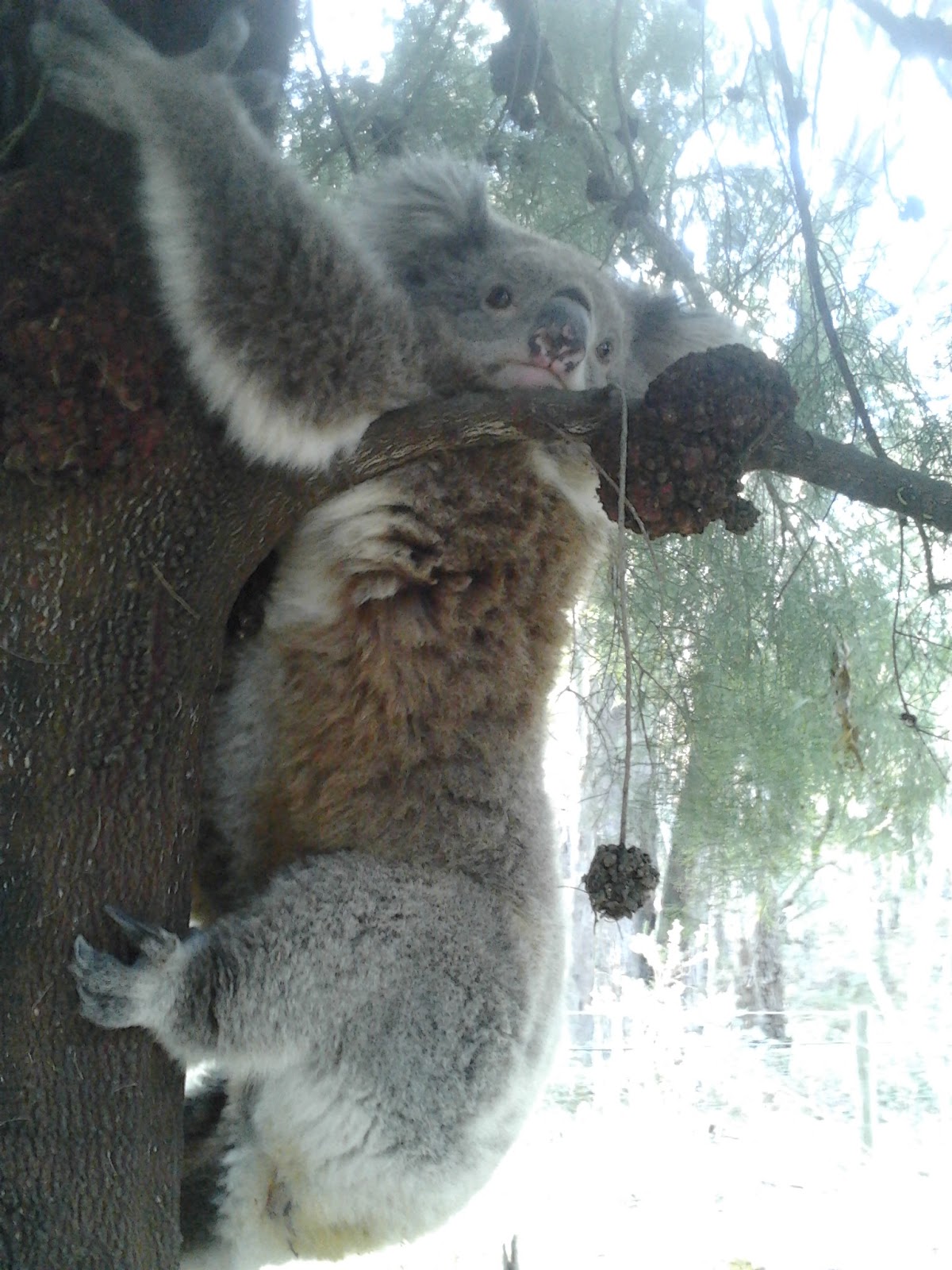