This summer has been hot. For a while now, the only rain has been that of the dry, dead leaves floating through to the ground as they are driven from the arms of the tall trees by even the lightest of breezes. Those leaves gather on the ground and as you step through them, your footsteps echo with the sound of crunching and the unmistakable smell of eucalyptus oil. During the middle of the day the cicadas loudly call to one another from their burrows, other insects buzz around and the birds are silent. The air smells dry and dust is gathering everywhere. It’s hot.

With about half of summer left to go, the editor and I have been conserving our water resources carefully and despite having to water the various plants, my best guess is that I still have about 75% of the total water capacity remaining.

The orchard has mostly struggled through the summer with no additional watering, as have most of the herbs. The annual, short lived plants that don’t have the deep root systems of longer lived plants have required most of the watering. Of those annual plants grown, none are thirstier than the tomatoes. But I do love eating fresh tomatoes as nothing beats fresh home grown tomatoes for taste. Every week as summer gets longer and hotter, I’ve spent more time every day watering the tomatoes, so last week I installed a sprinkler to assist with that job.

The sprinkler proved to be such a good idea that earlier this week I also added a permanent standard garden tap on the inside of the berry and tomato enclosure. Adding a new garden tap means a lot of digging in the hot sun. It’s hot. Firstly, you have to find the original water pipe line and then dig a trench from that existing water pipe to the location of the new garden tap.

Observant readers will note just how dry the soil is in that garden bed. That garden bed is less than a year old and I’ve observed that it usually takes about two to three years and a huge amount of organic matter before the soil is good enough that most plants will thrive during even the hottest and driest summers.

The new water pipe travels under a walking path, so that water pipe sits inside another much larger 50mm (2 inch) diameter pipe so that walking traffic on the path does not damage the water pipe.

By early afternoon the new garden tap was connected up.

The garden tap was permanently fixed to the treated pine timber post. I then connected the sprinkler up to that new garden tap using a short length of hose and tested all of the connections for leaks. By late afternoon, I was feeling pretty chuffed with my ingenuity because now all I know had to do to water the tomatoes was turn on the tap and (and also remember to turn it off a few minutes later).

I thought to myself: How clever am I?

Alas, all good things come to a swift end – including my self-congratulatory frame of mind because the sprinkler decided that my ego was too fluffy optimal and the sprinkler promptly fell apart. No matter how many times I reassembled the sprinkler, it fell apart again. And just to convince me what a bad idea the sprinkler was the ratchet mechanism decided to stop working too. I’m trying hard to keep this blog family friendly so I won’t share the highly expressive and very colourful language that I used to describe the now dead sprinkler. 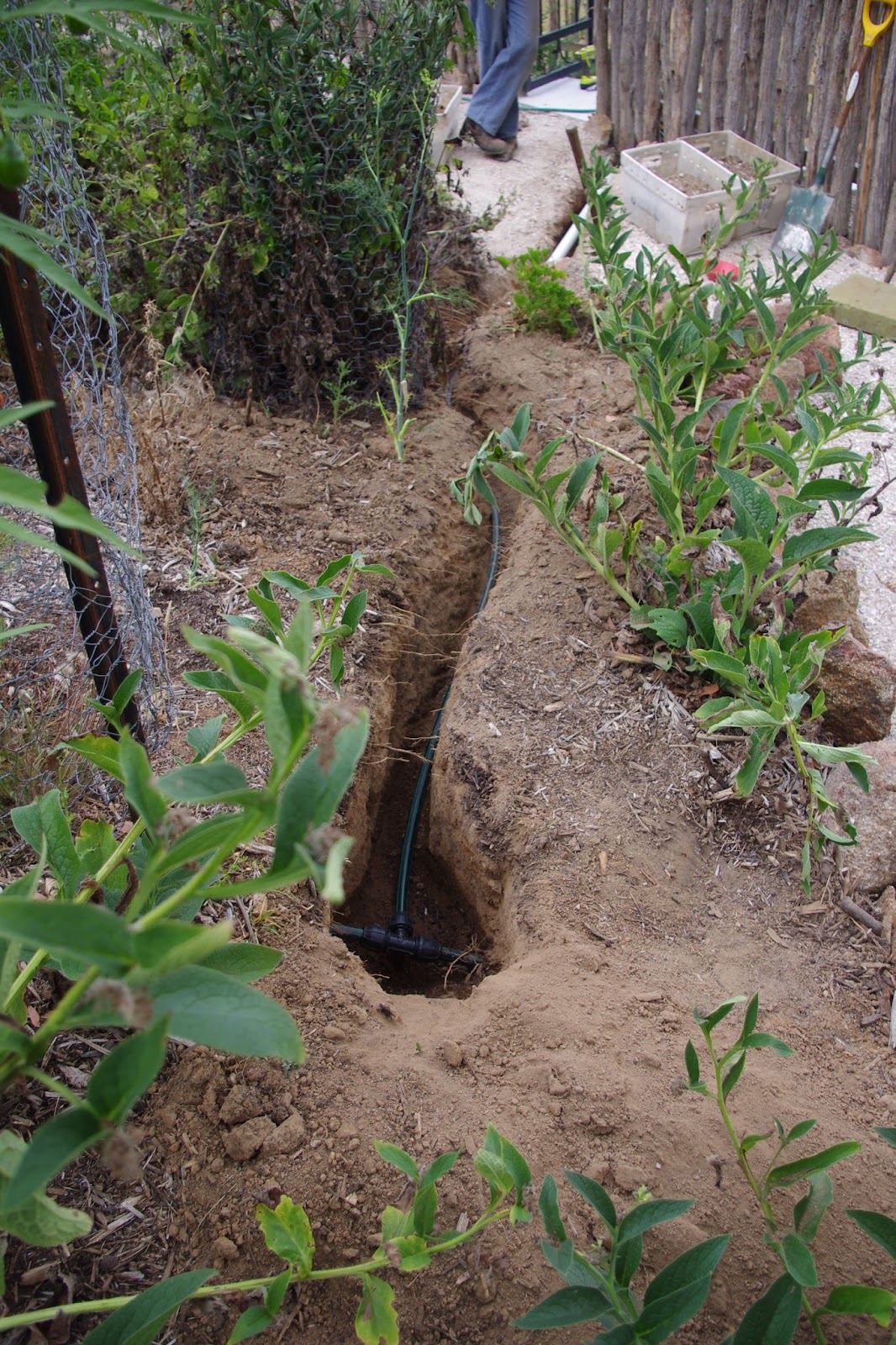